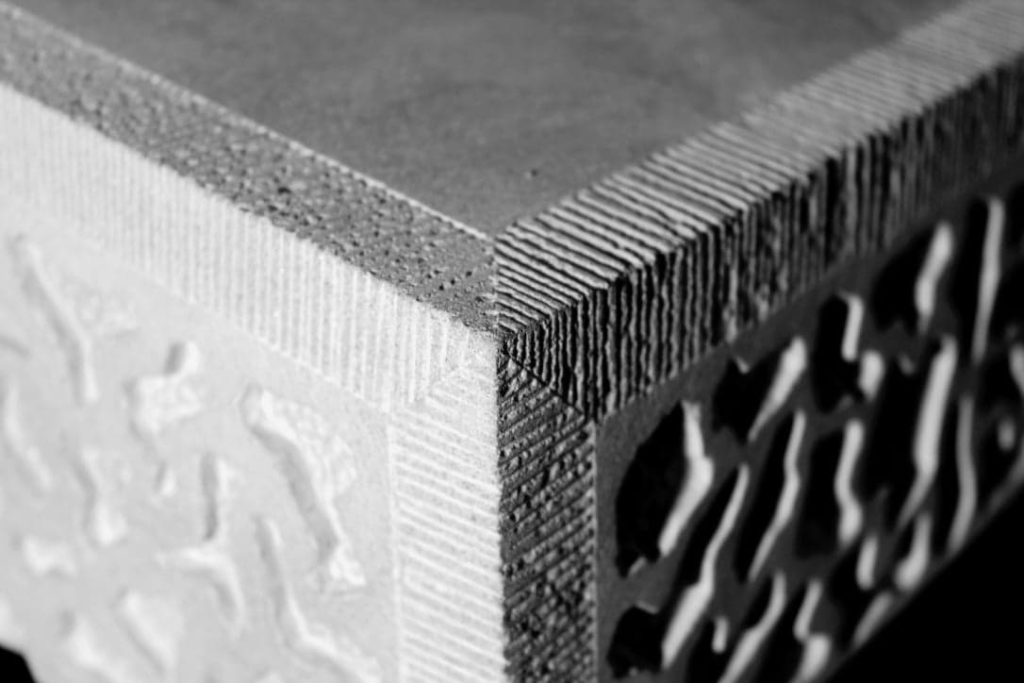 I was approached about the carving of a gravestone for a horse a while back. Not just any horse; a Tease-Mare. This, I am told, is the ‘hot stuff’ that is paraded before male horses in order to get them all hot and bothered before they get to work on a breeding farm. Sounds like a good job to me! After deliberating for too long on the design, I decided to employ some Vermiculation on a Bevel-style marker. I made sure to make the top draft margin square to the back face, so as to avoid an acute dihedral angle which would be inherently weak.

I will admit that I am a little hooked on vermiculation. I find its many variations and textures fascinating. Meaning ‘worm-eaten’, Vermiculation is a kind of Rustication – which basically means that a great deal of work has gone into making a stone look like very little work has gone into it. That is to say, making it look rustic. At least that’s my understanding of it. In this case, the vermiculated rustication makes the stone look like it is so old that worms have eaten the stone’s faces to a point of near decay.

That brings me to the generating point of this gravestone. The 200 lb piece of Indiana Limestone was designed to be set with its bottom buried a bit, so that it emerges from the ground. The front, back, and side faces have been ‘eaten’ by worms. The very worms that will take back to the earth the precious contents that the stone marks. In an ascending order, the stone’s architectural enrichments move from rustic to formal. The vermiculated faces are met with Tooled Draft Margins, which then give way to the Top Bed: a sanded, unadulterated plane, whose only declaration is the untouched, pristine, Antique Roman Capitals that proclaim the name of the being that the stone marks, signifying the memory that lives on in those that knew Hollywood Emma. 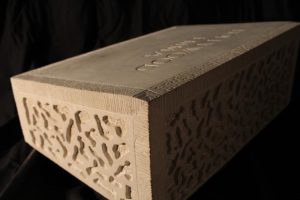 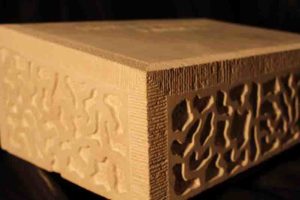 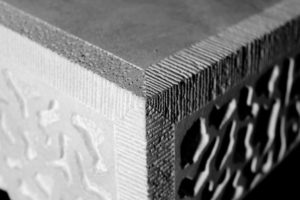 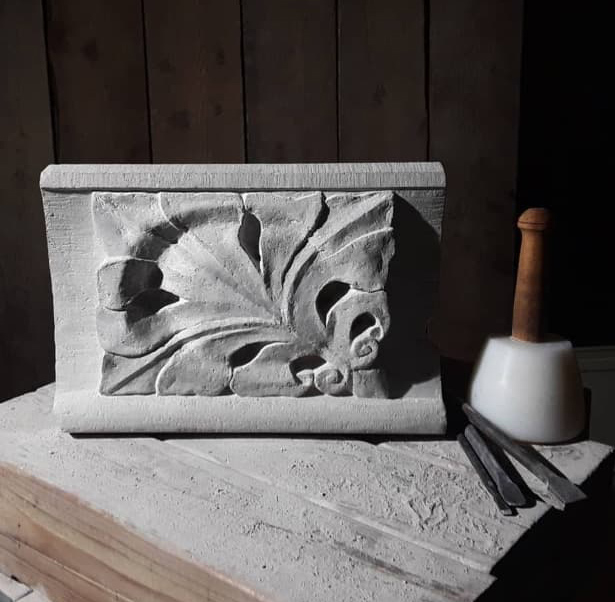